← No Harry Kane, No Romelu Lukaku – The Experiment Continues
If Marko Arnautović has a grudge against you… be afraid!! →

Just when you thought you were in, Wenger pushes you back out. If you’re a long time manager you’ve lost track of the times a Wenger-led side started the wrong players, played the wrong tactics, took an extra second on the ball or made eleven unnecessary passes or got a yellow card for no reason or….

Auba is the cure to what ails you though. Three goals and an assist in his first five, including two on the bounce facing the worst defense in the Premier League. Apologies to West Ham, we know you’re trying to your best to allow the most. This is the baller move that just 8.9% of you can even contemplate and less than 1% of you will follow through on. 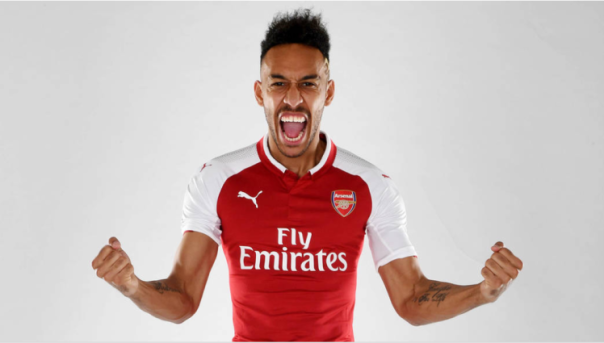 Given that his team don’t have a match on the four-game slate it’s understanable he only makes the list as an outsider. Less understandable is that Alexis Bang Average Trucker Hat Sanchez is owned in just 2.8% of all FPL sides. He hasn’t been super reliable since joining United but he does get 80′ every week, does have 8g 6a and is playing against Swansea this weekend in what I assume is a poorly scheduled friendly or perhaps a cup replay. If you’re in a league where they’re rewarding points earned in matches NOT included in my four-game slate well then, Alexis is your man.

Mahrez has two goals and an assist in his last two, 10 goals with 11 fantasy assists for the season and one of the easiest run-ins in the EPL. 11.2% selected in OFPL he would have been a lock for midfielder (if not for Mo), for Captain (if not for Auba) and outsider (if not for that pesky 11% ownership. In Togga’s draft game he is THE player to target in trades and for GW32 purposes the opponents don’t come more tailor-made. He put in a bespoke two assist effort, assisting on both of the Foxes goals when they blanked Brighton in GW2. He’s good for 15pts in the draft format this weekend, is a must-add in your OFPL side and will be the one you regret not starting come Monday.

← No Harry Kane, No Romelu Lukaku – The Experiment Continues
If Marko Arnautović has a grudge against you… be afraid!! →