Harry Kane and Romelu Lukaku are Not In The Squad!

No Kane, No Lukaku, No Problems?

For those who have not been following this mini-series, the premise is that I had to go the entire FPL season without bringing in either Harry Kane or Romelu Lukaku…two players considered by many to be must-haves at the start of the 2017/18 campaign. You can read about the adventure below.

Well, I made it. Thirty-eight whole gameweeks with no Kane or Lukaku anywhere to be seen in my fantasy team. Not only that, it went pretty well – a final overall rank of 115,189th is not to be sniffed at, although it was disappointing not to sneak into the top 100k. The big question, of course, is whether this relative success was because of the enforced absence of two of the biggest hitters in the game or in spite of it.

The numbers show that the lack of Kane, perhaps predictably, hit the hardest. He finished the season as the highest-scoring forward in the game, and the third-highest player overall: given the sheer volume of other fantasy teams in which he appeared, a good week for the Spurs frontman almost always proved a significant setback to my progress. However, crucially, he was not all that far ahead of much cheaper options – Firmino proved to be a more than adequate alternative for an initial 8.5 million, while Jamie Vardy also got within 40 points of Kane.

To put it another way, Kane’s advantage over this pair was less than a point per week; this all adds up over the course of a season, but for an outlay of four million more than it cost to acquire either of the other two, it is clear that the value lay with the cheaper options. The point is even more emphatic in relation to Lukaku, who was outscored by both of these cheaper strikers, as well as Sergio Aguero. This clearly suggests that the two most premium forwards were viable but not essential options, and this was arguably borne out by my respectable finish without them.

However, this is reductive for two reasons. Firstly, it assumes the ability to quickly determine who will be able to outstrip Kane and Lukaku up front in terms of value. In reality, this was one of my greatest problems in the first couple of months of the season. Vardy and Firmino hardly came out of the blue in terms of goal-scoring prowess, and indeed the Brazilian made it into my team from the start, but it takes a brave man to shun all of the more expensive options – in my hunt for a frontman who could truly serve as a like-for-like Kane or Lukaku replacement, I went through options including Jesus, Morata, Aguero and Lacazette at an alarming pace. Each hit their stride just as I had given up on them, as followers of early entries to this series will be aware.

It is all very well rejecting Kane on the basis that he will not provide the best points-to-cost ratio over the course of a campaign, but this does not capture the reason why he is such a popular pick. The sheer consistency of his returns is what warrants the steep price tag: there is little danger that he will be a high-cost complete flop, which is exactly what the alternative big names proved to be when they appeared in my team. It was only when I abandoned these premium strikers in favour of the mid-tier options, favouring big investment in the midfield, that I truly started to move up the table.

Secondly, and on a related note, saving money on Kane and Lukaku has no inherent value. The additional money in the bank must be spent wisely, not only on alternative striker options but throughout the team. Again, this was a balancing act that it took a while to get right – a September rank below 4.5 millionth was not solely down to bad luck! It is all very well notionally banking seven million by selecting strikers other than the two I chose to avoid, but when this is lavishly splashed on premium defenders who are continually returning blanks this is not so much an achievement as it is stupidity.

This was partially down to my defective strategy in terms of where it is usually wise to invest heavily, but it is also an inherent flaw in avoiding the traditional ‘reliable’ options: it is only once trends have genuinely begun to emerge that it starts to become apparent where the ‘smart money’ should be spent. It very much felt as though I just had to hunker down for the first few weeks, hoping that some of my near-blind punts would come off while waiting for something solid upon which to base my buys.

Eventually, I settled upon a ‘middle-loading’ strategy. Many players had come around to this by the end of the season, but the fact that I did not have serious money tied up in attack allowed me to get on it sooner – by the end of the campaign, my team included Sterling, Alli, Eriksen and Salah. De Bruyne was also a regular for much of the run-in. Aside from Salah, these all had ownership that was far from astronomical; price tags that for Kane and Lukaku owners proved prohibitive were positively affordable in my system, and so I profited off the strong returns from these premium midfielders more than most.

There was a sustained period where De Bruyne’s returns alone dwarfed those of Kane and Lukaku almost every week. This meant big gains. Even Salah, owned by essentially any active player who wasn’t a masochist, proved more beneficial to me than he did to others because of my strategy; he was a shoe-in for the captain’s armband almost every week, while other players were tempted away by a nice fixture for Kane, or by a renewed purple patch for Lukaku. Of course, on occasion, one or both of these two did outscore Salah. It was a rarity, however, and the Egyptian’s record points tally for any FPL season illustrates that one won’t go too far wrong by repeatedly captaining him.

On balance, then, it is probably fair to say that rejecting both Kane and Lukaku out of hand probably worked in my favour. However, this was contingent on a variety of factors that are far from guaranteed; I managed to at least pick one of the two best mid-tier strikers as a replacement right from the start, and in Salah a genuinely elite player emerged who could pale the significance of contributions from the Spurs and United men. As such, I would struggle to recommend actively writing off players who are known to be very good as a genuine strategy, but then again that was never really the point – rather this experiment has shown that there is cause to truly stop and weigh things up before mindlessly splashing the cash on a big name just because ‘everyone will have him’.

Certainly, these findings have shaped how I will approach next season: I intend to start off with some of the ‘safer’ big names, amongst which Salah now finds himself, before branching out into potentially better-value options once enough time has passed to see where that value truly lies. 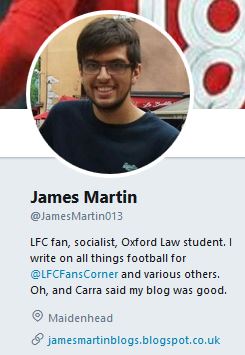