I read with a mix of incredulity, horror and disdain an article about FPL on a very popular men’s website this week (I won’t name them, but it does aptly rhyme with D’oh!) which lauded the concept of Fantasy Football itself, while lambasting and mocking the actions of those of us who play it. Yes folks, they were mocking you and me, even though they have a public league themselves with thousands of players.

I don’t want you to read it and give them those tasty clicks they so wantonly desire, so I’ll sum up the criticisms of you and me they spewed onto their website:

It’s clear that those in ‘D’oh!’ just don’t get it. Fantasy Football isn’t about ‘Fantasy Football’. FPL is a metaphor for life, and our eternal struggle to control and master our very existence in this vast cosmos we call home. We all try and ‘manage’ our life to the best of our ability, some to varying degrees of success better than others. Yet we all experience hiccoughs and disasters with the occasional joyous occasion thrown in to keep us going. Yet life can feel like it’s too much of a maelstrom to try and control, so we seek other activities that give us that ‘feeling’ of control, which leads us to FPL.

(Ed: Honestly… We are nearly there)

When you play FPL, you have less to try and control than in real life, just your single squad of 15 players chosen from a limited pool of talent. It’s that bit easier to get something right, like choosing the right captain (Aguero owners last week will have felt that warmth of pride and satisfaction in their chest for most of the weekend and into this week). However as with real life, things will go wrong, and as in real life, we are going to moan about it. If we as a species didn’t moan, we’d be almost mute. We moan about everything – the weather, the economy, the politicians and yes, about FPL. So, don’t write an article mocking those who play FPL who just act like everyone else does in every other walk of life. It’s snide, cheap and to be frank you should be better than that.

Now that rant is out of the way here’s the tips for GW3 which you can all moan about come Monday night.

The Premier League fixture list was not kind to Arsenal and their new manager Unai Emery. It was the equivalent of being forced to drink half a bottle of tequila the night before you give a Best Man’s Speech. You know you’re going to make a dog’s dinner of remembering right and left in the church and as you’ll be so hungover you’re likely to get the bride’s name wrong and speak about that time in Magaluf on the banana boat that you were sworn to secrecy on, but once the fog clears you’ll be able to bundle through a 3 minute speech and recall the time Dave threw up outside Nando’s into a pot plant.

Now that Arsenal have put the unpleasantness of Manchester City and Arsenal behind them, the fixture list looks like the Irish countryside – green as far as the eye can see. West Ham are the visitors to The Emirates this weekend and they themselves have been all kinds of rotten so far this season.

Nacho Monreal played the full 90 minutes against Chelsea, his main rival for the full-back spot is injured, and he has less than 1% ownership at the time of writing. It’s time for the ‘Nacho Man’ to make his grand entrance. Can you dig it? Ooooohhhhh Yeeeaaahhhhh. 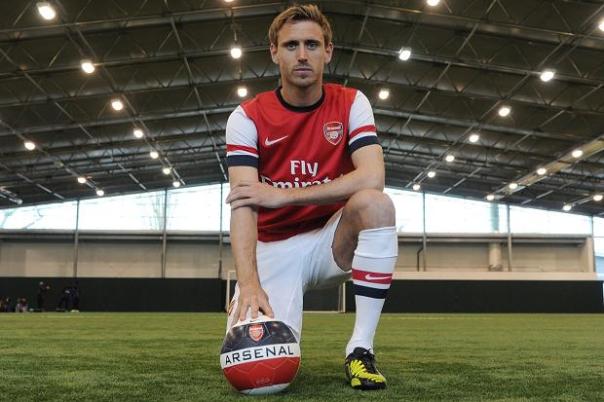 I know some of you read this looking for that nugget of wisdom that will give you an advantage over the other 3 people who read this column, but sometimes I need to tell you to do things that are obvious to stop you doing something obtuse that you’ll moan about next week and get shamed for on ‘D’oh!’.

You need to have Sadio Mane in your team this week. He has 3 goals in 2 games, 5 bonus points in 2 games and if you’re not a LFC fan you may not realise that he’s been by far the best Liverpool forward player since last March. Don’t argue with me, it’s true. His price is rising by the week so if you don’t get him in now, don’t @ me on Twitter when his price is north of £10m and it’s a choice between him and Salah rather than a chance to have both. In fact, I’m considering captaining him over Salah this week…that’s how good he is right now.

The inexplicably Norwegian striker has been overshadowed by his strike partner Callum Wilson in the opening salvos of the season, but a home game to Everton has me salivating at the thought of what a free-scoring Bournemouth side could do this weekend. The Ev have a central defensive partnership of Michael Keane and a toddler, and Joshua (I insist we all call him that. I got the idea from watching Rachel in Friends re-runs) is prime to bag a couple this weekend.

Wilson missed a penalty in GW1, so there’s a good chance that Joshua will take over those duties too.

Click Play below as our very own @FantasyYIRMA breaks out in song with his cover of Alright by Supergrass – Obviously with an FPL twist – 3 minutes of your life you are never getting back! Lyrics by Niall Hawthorne and @FPLHints

Before you start, I did say I was ‘considering’ captaining Sadio Mane. I considered it, and here we are.

Yes, I am also aware that Sergio Aguero ran riot last week and he’s ‘only’ playing Wolves. Bear with me.

Mo Salah is owned by 54.5% of FPL players and he’s at home to a Brighton team that conceded two away to Watford in GW1. If under 40% of players captain him this week I’ll be amazed, so this is a statistical defensive play with a huge upside.

However, if you’re languishing after GW1 & GW2 then by all means roll the dice and captain A N Other. But you could make something bad into something much, much worse. Still, I’m sure if you write an article about it, it’ll be published in ‘D’oh!’.

Did you see the highlights of the Burnley v Watford game last weekend? It was the ‘forgotten’ match on Super Sunday, so there’s a chance you didn’t, and if so you missed the best assist of the weekend from this man Doucoure.

He played a sublime disguised inch-perfect pass through a mass of Burnley bodies into the path of Troy Deeney to put Watford ahead just after half-time, and it really was a thing of beauty.

With 7 goals, 4 assists and 16 bonus points last season, many expected Doucoure to move to pastures new, but he remains a Watford player and one largely forgotten by most with an ownership of under 2%.

He could be a cracking £6.0M differential.

Fancy winning any retro shirt from our friends at 3Retro?

With the plethora of attractive midfield options, and the ‘relative’ dearth of premium forwards, there’s a rumour that the fifth Indiana Jones movie, due for release in 2021, is to be called ‘Indiana Jones and the hunt for the best budget striker in FPL’.

I’ll admit the title needs work, but the concept is solid. Forget your holy grails and your crystal skulls, if you unearth a striker at £5.5M that will get over 10 goals this season, you shall inherit the earth.

May I introduce you to Mr. Danny Ings, now of Southampton and a man who has been on the receiving end of so much bad luck that he deserves a good season. He’s looked a real threat since his move to the South Coast and could well be worth a punt.