If I don’t see another turkey for as long as I live, I’ll be a happy man. Which is awkward because my FPL team is full of them right now. As we finally get to the end of the hectic festive football period (which started on December 1st according to Sky Sports), the following tips all carry the same caveat:

I have no bloody idea which players are going to be fit / be picked in light of all the games they’ve played in the last 10 days.

Understood? Good, so on we go…

Keeping the rotation risk in mind, I’ve plumped for a footballer who hasn’t missed a single minute of league action for Chelsea this season. Or last season. Or the season before that. In fact, I’m pretty sure he was crossing in assists for Kerry Dixon back in the day (ask yer Da).

Nine clean sheets in 20 outings has been somewhat embellished by two assists, which is down on his usual level of attacking output (he has at least 5 assists in each of the last three seasons). Therefore, he’s due, and he seems to have a unique ability to set up goals for Alvaro Morata, which puts him in a very exclusive club indeed. No other sod can do it. With the injury to Olivier Giroud at Selhurst Park, there’s a chance that Morata may start against Southampton at the Bridge. 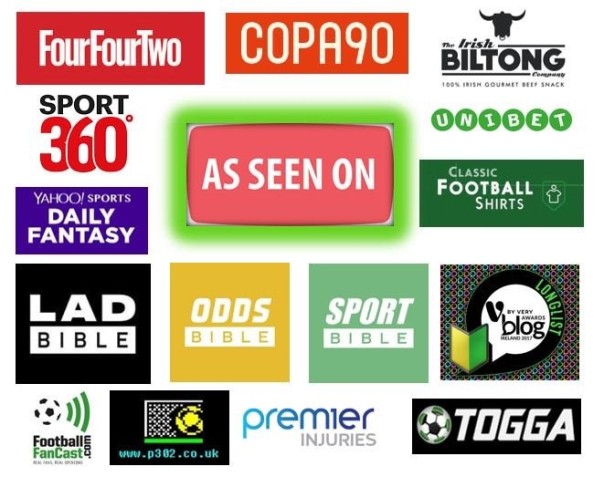 A wee bit of life advice for you now ladies and gents. Don’t gamble on football, particularly the Premier League. The results thrown up over the festive period have been impossible to see coming, and this weekend there are a couple of fixtures that Mystic Meg would refuse to try and predict. Everton host Leicester City where either team could smash the other, and West Ham host Brighton.

While the Hammers can below hot and cold (as evidenced by their insipid defeat to a previously woeful Burnley), they face a Brighton side who are consistently poor away from home and who travel with as much confidence as a commuter with Northern Rail.

Felipe Anderson has been the standout performer for West Ham this season with a solid 8 goals and 3 assists thus far. His recent form has been strong, and should he be selected I’d be confident he can clip the seagull’s wings to get his 2019 off to a flyer.

Now I know the name of Harry Kane appearing here will make many of you groan with frustration and disenchantment, and I get it, I really do. In FPL seasons past, there were always ‘star strikers’ you could hang your hat on to do the business each and every week, but this season has been the toughest I can remember to find the right man to lead your forward line.

Aguero? In and out all the time….

Kane? He doesn’t really play up front anymore, does he…

This week I’m torn between Kane and Aubameyang. Harry travels to Cardiff with 4 goals in his last 3 games, and Spurs having scored 10 goals in their last 3 away games. Aubameyang hosts Fulham which looks like a no-brainer, but Fulham have 2 clean sheets in the last 3 and have conceded just once in that spell. Plus, Aubameyang had 13 touches at Anfield, 6 of which were kick-offs…

So, I’m plumping for Harry Kane this week, but I fully understand if you ignore everything I say and go for Aubameyang.

(P.S. I tipped Firmino against Arsenal. Your move, kid…)

Remember last season when it didn’t matter who Salah was playing against, he always just delivered? Well his last five GW scores are…

Plus, have you seen Manchester City defend recently? They’re jumpier than a racoon on Red Bull at the back. Klopp and his men have a free hit this Thursday and I reckon they’re going to go for it.

The transformation of the Burnley defence from 17/18 vintage of being tight, solid and reliable to the 18/19 vintage of being slapstick, comedic and hilarious was as quick as it was unexpected. It just made no sense.

Then Tom Heaton started his first game of the season after recovering from injury and he keeps a clean sheet while making four saves. I don’t have the Hart to blame just one man for the mess that has been the Burnley defence this season, but it doesn’t take a genius to work out what the issue may have been.

Is an ownership of 0.1% enough of an outsider for you? Oh, and he plays Huddersfield and Fulham in his next two games.

Let’s be honest, your all just waiting for the January transfer window to open wide and lots of new fresh blood you’ve never heard of to fly in, so you can draft them immediately, but until then Locadia will have to do. Happy New Year.

Ed: We didn’t get to record a New Year Song this year so here is Niall’s from last year – it’s as good as it was last year so let’s roll it out again!