Board Games, Fantasy Football and an Arsenal Postponement

We’re 29 weeks into the FPL season and we all continue to aggressively impersonate actual football managers on Twitter – and yet, within that, we are a family.

Ludicrous to think just how much the FPL has impacted our lives without only really giving a handful of us “full-time” roles doing it! There’s no way of describing FPL to outsiders without sounding like big kids is there? Big kids perhaps, but big kids with big ambitions. There’s ego to FPL, cockiness in success and cowardliness in defeat. We have the ups and downs experience like that of the Grand National at Blackpool Pleasure Beach, which, we all unashamedly love.

We’re one massive playground of #FPL Twitter accounts pretending to be the popular kids in the playground when really, we’re the ones who stay indoors and discuss tactics and transfers after school like a Warhammer x Football crossover (with less painting).

So for the kids within us all, this weeks review will be shoehorned into Board Games – squeezing the 10 FPL games from GW29 into our most beloved games from times gone by……Enjoy!

RISK: A Game of strategic conquest. Liverpool have been the Mongol Horde of the 2019/20 season, the Grand Armee, the Romans…(I’m not going to say Nazi). The absolute best at strategizing their way through any obstacles put in their path. But now, complacency is their nearest most intimidating opposition – crashing out of the FA Cup & now very recently the Champion’s League they’re playing a dangerous game of Slippy Gerrard. Still, Klopp rolled the dice during his turn against Bournemouth and claimed another territory even if a little unconvincingly. Bournemouth are now in the relegation zone and need buck up, quickly, as the odds are stacked on top of them (but that’s another game altogether). 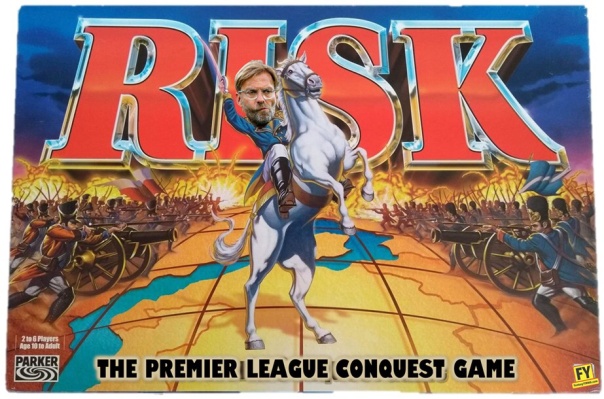 JUMANJI: Honestly, what do we do with Arsenal nowadays? Literally the definition of playing Jumanji, an unknown adventure you never even knew you were meant to be a part of. Complete with jungle-based hazards such as frogs (Ozil), snakes (Xhaka) and unidentified creatures (David Luiz). You turn up to a game not knowing whether the Gunners are going to roll a double and breeze past an obstacle or land directly on the mystery square and end up in a fight with a pack of monkeys attempting to steal the club bus, all whilst Robin Williams keeps interrupting proceedings by trying to make a light hearted joke out of the absolutely terrifying things happening around you…..Arsenal JUST escaped West Ham who are dangerously close to the Jumanji sequel (Jumanji 2: The Championship). Side note; there will certainly be a Judy and a Peter working for Arsenal.

SNAKES & LADDERS: Last week Watford climbed a massive ladder, a hidden ladder which gave them a shock victory over Liverpool. They were so high you could see the bottom of Deeney’s boots which still had the Sports Direct sticker on them (£19.99). Strolling around the board this week they had Crystal Palace infront of them and a teeny jump would’ve seen them climb closer to them in the league. So they lined up, rolled the dice and sprinted at Palace (more shots, more possession, more yellow things). They thought they’d done enough until they slipped on a small Jordan Ayew looking thing, Watford falling right onto a massive snake (not Xhaka, a real one) and squandering their chances of climbing the board

JENGA: Jesus look how high Sheffield are right now?! Imagine, if you must, Sheffield are the Jenga tower. At the start of the season they were solid, nothing fancy nor tall enough to cause concern. Now we’re 29 “turns” in to this season the Sheffield tower is massive. Each game is a risky move that somehow, they manage to pull-off and climb that one block of wood higher. There are gaps all over the show, you look at them in disbelief how they’ve got so high without falling. This is a very impressive game of Jenga indeed. Norwich this past GW was as easy obstacle, one of those loose-bricks you can wobble out with no fuss at all and look smugly at your nan because it’s her turn next. Next up is Newcastle for the Blades which may require a fancy flicky manoeuvre. 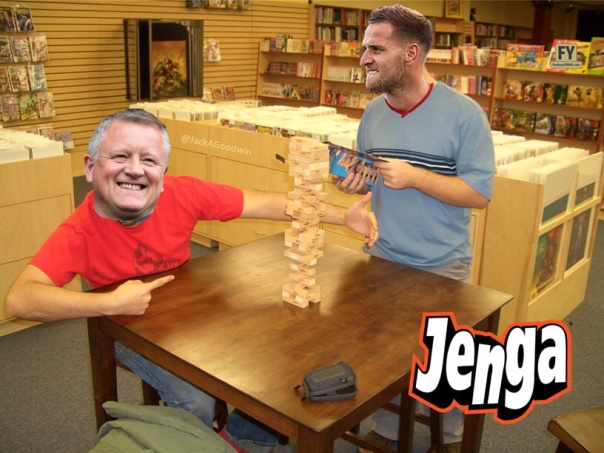 BATTLESHIPS: Danny Ings has been the destroyer for Southampton this season – the unstoppable force which is so hard to take out of a game even after you do so much damage to the team. Danny Ings recently replaced his destroyer with a dingy (he named it Dingsy). Now, teams take Dingsy out of the game with one strike – this week Newcastle hit it with the Saint-Maximissile, a strange munition with a Gucci headband on it.

UNO: Why? Because Nuno. This opportunity was too good to let slip (lol, Gerrard). Similarities are there however with Uno and Nuno; both are subject to change without any warning, both quite fun, both colourful and both can easily turnaround a game with one action. Brighton however are a dab-hand at Uno and kept a few cheeky cards in their hands. Each time Nuno placed his +2 or +4 cards, Graham Potter instantly hit back, just when Nuno thought he’d called UNO, Potter planted the skip card. The game ended a draw, which, we all know is impossible – some suggest that Potter just left the game because Nuno kept yelling NUNO instead of UNO every time he placed a card (even when he wasn’t on UNO at all) which pissed off everyone involved. 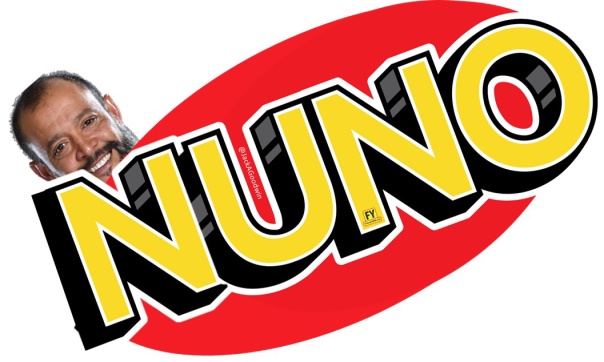 BUCKAROO: How many more random items (aka poor performances) do Spurs (the Buckaroo) have to have placed on them (by Jose) before they kick-out and get rid of the Portuguese baggage? The team are phenomenally challenged by not only injuries, but lack of direction with the ever-losing-his-marbles Jose at the helm. Was Poch worse than this? Sure, credit where due, Dyche’s Burnley are now just 2 points behind Spurs and have had a really good season so far…They were likely to place another cowboy hat or suitcase on the back of the Spurs Buckaroo.

CONNECT FOUR: A simple analogy with this one. Frank Lampard is still down with the kids, knows his way around a Hasbro game. Ancelotti not so much, his fond memory of gaming is tic-tac-toe or whatever they played during World War One. Frank battered Carlo. The easiest game of connect four you’ll ever witness. Chelsea literally popped 4 counters (goals) in a row without Everton even responding – Carlo was too busy scowling at everyone to recognise what was unfolding. A tough loss to take for Everton who now seem all but out of the race for European football next season.

CLUEDO: So, who’s to blame for the Manchester City loss? It’s all a big unknown to be blunt. It’s a Cluedo board of fault with Pep himself one of the “suspects”. There are hundreds of questions, how the hell can Man United beat Man City? The Bruno Effect? Ole passed his driving test? Pep Roulette taking its toll on player morale? All I know is that Professor Pep was seen in the Ball Room with a Lead Pipe. That’s all I am saying.

GUESS WHO: Who is this kid? Guess Who Harvey Barnes Edition coming soon! Seemingly out of nowhere he’s storming the FPL since GW23 with 5 goals and 51 points in just those 7 games. What did you expect from the son of Paul Barnes (90s York FC LEGEND). Villa were not prepared at all, and are left (like us all) still working out just who Harvey Barnes is.