← Board Games, Fantasy Football and an Arsenal Postponement
All or Nothing: Manchester City – Review (Amazon Prime) →

Gameweek 30 Preview: Yeah, We Posted it Regardless.

Since the following Gameweek Preview was originally written the Premier League has made the decision to postpone all games till April 4th. We’ve provided a gameweek preview for 295 consecutive gameweeks so if nothing else this will be early when the games do take place. Joking aside, stay safe folks, follow the advice and look after yourselves. R

Premier League, FA, EFL and WSL have collectively agreed to postpone the professional game in England

Following a meeting of Shareholders today, it was unanimously decided to suspend the Premier League with the intention of returning on 4 April, subject to medical advice and conditions at the time.

Premier League Chief Executive Richard Masters said: “Above all, we wish Mikel Arteta and Callum Hudson-Odoi speedy recoveries, and everyone else affected by COVID-19.

“In this unprecedented situation, we are working closely with our clubs, Government, The FA and EFL and can reassure everyone the health and welfare of players, staff and supporters are our priority.”

Despite the challenges, it is the Premier League’s aim to reschedule the displaced fixtures, including those played by Academy sides, when it is safe to do so.

In this fast-moving environment, further updates will be provided when appropriate.

Events of the past few weeks have shown us that what we take for granted as being ‘the norm’ is so easily disrupted. Where you once planned your summer holidays months in advance, you now have no idea if you’ll be allowed leave your house next week. Where you once planned your Chip Strategy with military precision, you now have no idea if we’ll even get to GW32 or beyond.

WHERE YOU ONCE SOLD VARDY FOR AUBAMEYANG AHEAD OF A DOUBLE GAMEWEEK THAT NEVER HAPPENED AND THEN VARDY SCORED TWICE AND AUBAMEYANG SCORED TWO POINTS….sorry, sorry. I’m not angry. I promise.

There is one thing you can rely on though, and that’s this writer making outrageous tips (both good and bad) for your delectation.

They say that it’s better to be a lucky general than a good general. Frank Lampard is the living embodiment of that saying right now. Where he inherited a situation that forced him into playing kids that unearthed a gem or two, he has since stumbled upon a Marcos Alonso who looks like he gives a sh*t for the first time in a while, and he’s reaping the rewards.

Three goals and a clean sheet in the last three matches means that whether Frank wants to play a flat back four or wingbacks, Alonso seems locked into the side. This week they travel to a reeling Aston Villa side who seem to lack direction, hope or a goalkeeper with a turn of pace. Lovely stuff.

If you’re a jilted lover the last thing you need in a time of crisis is an old flame coming back into your life and showing you how much happier they are now that they’re rid of you, while pointing at their deliciously hunky Portuguese beau who’s tall, tanned and ever so talented.

His bedraggled Spurs side limp ever onwards with well-meaning (or sh*t-stirring) reporters telling him that everything is going to be alright. We’re far from ‘The Special One’ now, aren’t we.

Fernandes has been nothing short of sensational since his debut, and I reckon he’s going to break Jose’s heart all over again this weekend. 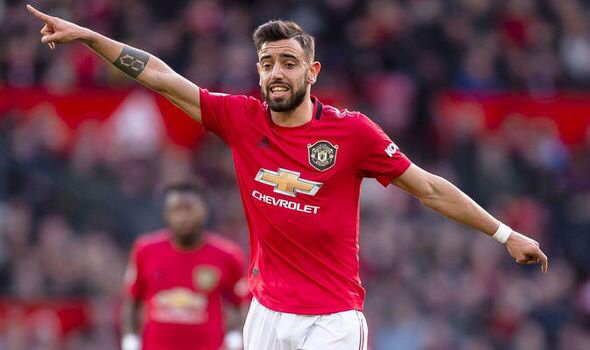 Now that they’re safe from relegation and with Uncle Woy having inked a new contract to see him working until he’s at least 154 years of age, they can relax and have some fun.

They visit Bournemouth this weekend who have a defence as reliable as Donald Trump managing a pandemic.

If at first you don’t succeed…

Aubameyang away at Brighton.

Four clean sheets in his last five games, and an ownership of 0.7% ahead of a fixture against a decimated Spurs attack.

More people have this bloody virus than own him. Madness.

Now that Newcastle United have broken their goalkeeper, they have to play another. I reckon they’ll play Darlow. They also have two clean sheets in a row. This could be glorious. Or it could be another Roberto fiasco.

← Board Games, Fantasy Football and an Arsenal Postponement
All or Nothing: Manchester City – Review (Amazon Prime) →