Like Neo in The Matrix, you can see the pattern. You can de-code the future. It’s all so clear to you now. The events of GW1 and GW2 have illuminated the future like a steam locomotive barrelling down the tracks at night.

If we were to take the outcome of the first two weekends of action as proof of the future, then we’re in for a hell of a title race between Everton and Leicester City, and Manchester United are in a relegation dogfight. Liverpool are scrapping to keep their place in the top four, and West Brom are rooted to the bottom of the table and doomed. Well, maybe some things are predictable.

Onto the entirely unpredictable GW3!

Last weekend Chelsea were shown who’s boss by Liverpool. Trent Alexander-Arnold left Stamford Bridge with a clean sheet and seven points while Reece James left with a solitary point and a lesson on how far he has yet to go in his progression.

A trip to The Hawthorns is not a bad spot to begin the healing process for Chelsea. If they truly believe that they should be ‘there or thereabouts’ this season, then a routine away win to the Baggies is non-negotiable.

Some say that Reece James looks like a young, svelte Kenan Thompson from 90’s kid’s smash TV show Kenan and Kel. Do I agree with that?

(If you’re too young to get that, ask a 40-something year old who still thinks they’re cool)

Many have been caught by surprise at the form of Zaha and Crystal Palace at the start of this season, but there’s a reason behind it.

This winter looks like it’s going to be tough in the battle against COVID-19, and Roy Hodgson is 73 years of age. He should be cocooning right now. Therefore, he’s decided to get the points required to stay up early, so he can bunker down over the winter months, re-emerging from his hibernation in February to grab a few more points to have Palace safe by April and then head to Ibiza for a massive blow-out in the summer once this vaccine is distributed.

Therefore, you need to have Zaha in your team until Halloween. He also faces Everton this weekend, and in nets for The Toffees is Jordan Pickford. Did you see his Carabao Cup performance this week? He’s already immune to Coronavirus. He couldn’t even catch a cold.

While Harry Kane and Heung-Min Son deservedly stole the headlines for their four-goal tandem demolition of Southampton last week, Danny Ings very quietly notched a brace and a bonus point to get off the mark this season. He was unlucky not to score in GW1 at Palace, so his form from last season appears to be continuing into this.

He faces a trip to Turf Moor, where Sean Dyche has a problem. His two first choice central defenders are crocked with Ben Mee out and James Tarkowski looking doubtful. I’m not saying that Burnley have an issue with squad depth, but I have seen that they are playing Jimmy Dunne in defence as a result.

A quick google search reveals that Jimmy Dunne is an Irish international striker that was born in 1905. I’m all for experience, but that’s ridiculous. He’s clearly playing out of position.

Danny Ings is going to run rings around the 115-year-old makeshift defender, and nobody can convince me otherwise.

“Yeah, I’m not going to have City assets this season. I’m fed up of Pep Roulette. They’re flaky as well, you never know when they’re going to throw in one of those performances and get stuffed. There’s far better value out there. They won’t keep up the pace with Liverpool either. 80 points is their level. Aguero’s crocked. They’re doomed.

HOW MUCH IS KDB! I NEED TO BUY KDB! TAKE MY MONEY NOW!” 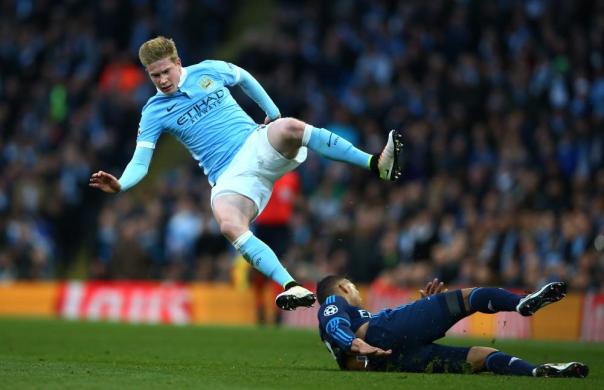 A goal against Chelsea and an assist at Newcastle, followed by a home visit of Manchester United.

Have you seen the state of Manchester United? They were walloped by Crystal Palace at home last week. Paul Pogba is suffering from long COVID, they have two central defenders who can’t run, and they’re going to be facing two quick, nippy forward nightmares in Connolly and Maupay.

The prospect of Trossard is making me Wellard.