Fantasy Football: Does Liverpool’s Roberto Firmino count as an Outside Pick?

Written by Niall THE MAN Hawthorne

As we reach this point of the season I’m reminded of my world in early 2020 when the global pandemic hit. We’re about a quarter of the way through this season as we were with 2020, and it may be hard to remember now, but for most of us January and February and even early March were normal for the most part. There were parties, cinemas, pubs and fans in stadiums.

Then our expectations were altered drastically.

Today I had a haircut, in a barbers. What in early 2020 was a mundane chore was today an actual joy and personal treat. My local lockdown has just ended, so I can now do other activities that previously may have been regarded as a nuisance, yet now are anticipated with relish. Visit a scenic spot 40km away this weekend? Why that’s almost a two-week vacation on a beach! Have a pint and a plate of food with a friend? Last January I’d have been mulling over which friend and which pub would be least hassle. Now I’d be happy to share it with a stranger.

Things change, and sometimes they change very quickly, in ways you never anticipated. That applies to this game we are enthralled with. The first ten weeks of the 2020/2021 FPL season have passed, and players around the globe are adjusting their expectations accordingly. Some are in the top 50k and feeling the pressure of consolidating their status and pushing onward and upwards. Others are meandering and marooned around the two millionth position, their early season hopes dashed, hoping to regroup and relearn this daft game.

Whatever position you currently find yourself in, remember this: It can (and almost certainly will) change very quickly.

Just appreciate the game itself, whatever position you find yourself in. You never know what’s around the corner.

A true Super Sunday in store this weekend as Spurs welcome Arsenal to the new White Hart Lane. This must be a difficult time for Arsenal fans as their misfiring, keeling ship docks at the home of the Premier League leaders. Two goals in seven league games and no sign of things getting any better.

Spurs on the other hand are buoyant due to their league position and off the back of three straight clean sheets. Sergio Reguilon has certainly added some grit and pizzazz to the left of the Spurs defence, as his darting runs forward keep the opposition occupied while his defensive solidity has no doubt aroused Jose Mourinho.

Unless Arsenal can find a spark from somewhere this weekend, this looks like an easy home win for me, with a clean sheet for Spurs also likely.

West Ham are motoring along nicely themselves, with only eleven goals conceded in ten games, but it should be noted that four of Bruno’s five hauls this season have come away from home at Brighton, Newcastle, Everton and Southampton.

West Ham? Sounds like they could be right up his alley.

There seem to be a few whispers around that Jamie Vardy has gone off the boil recently, but he has three goals and three assists in his last five league games. If that’s off the boil, then I’ll take that poured over my teabag any day of the week. That’s not a euphemism by the way, you just have a dirty mind.

Vardy and friends travel to Bramall Lane to take on the woejous (yet weirdly uncriticised thus far) Sheffield United. If Chris Wilder spent as much time coaching his team as he does making enemies of the world’s favourite German, he’d be better off. Ten games played, zero clean sheets, four goals scored and a single point.

Vardy party anyone? ‘Tis the season after all. 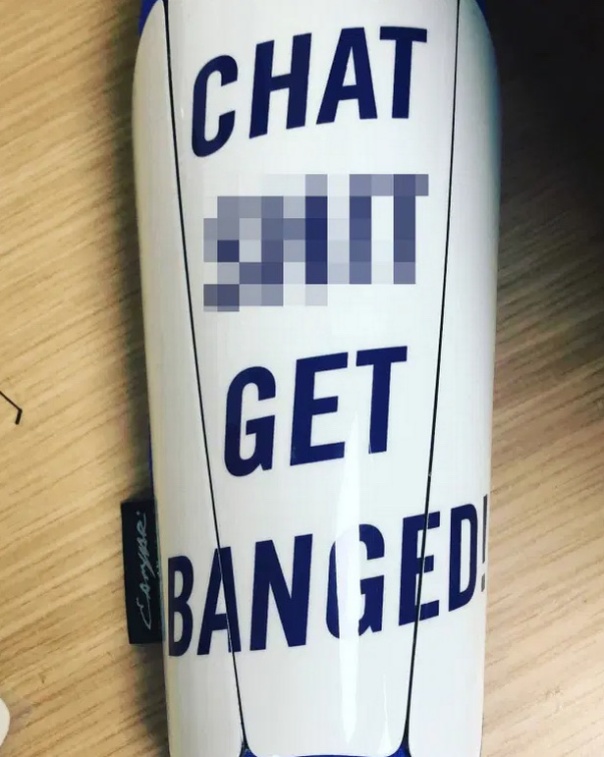 If you’re doing well in your OR this season, then scratch off Mahrez and pick Kevin De Bruyne.

If you have ground to make up, listen up.

Young Riyad seems to have worked himself into as permanent a starting position as possible in the world of Pep Roulette. He spent a lovely 90 minutes on Tuesday night picking splinters out of his arse on a Portuguese subs bench, so he’s nice and fresh and ready to tear into Fulham.

Off the back of a hat-trick against Burnley, I expect another flat-track bullying performance from City this weekend, and with just 5% ownership then Mahrez could be your ticket to massive gains.

📢 ALL of my designs are now available to pre-order for printing!

Which is your favourite of the lot? My money is on Moretti or Sensations so far…https://t.co/ExA7DCdsCB

He’s also slowly but surely coming into some form. His assist for the disallowed Salah goal last weekend was pure filth, and VAR disallowing it is like a schoolboy squashing a butterfly as soon as it emerges from it’s cocoon.

He has two goals and two assists thus far, and knows how to find the net against Wolves. Worth a punt?