We approach blank GW18 during blank January at the start of what looks like being blank 2021. At time of writing, some games are still scheduled but could be scrapped just hours before kick-off.

The President of the United States is trying to overthrow his own government, constitution and society, while almost every country on earth is bemoaning the slow rollout of vaccinations that will restore normality to the planet.

It seems to me that we could all use a Free Hit chip this week for our lives, not FPL.

Gary Neville may proclaim that nobody grew up wanting to be Gary Neville, but how else do you explain the absolute plethora of class full-backs in British football these days?

England have more quality right-backs than they have Pfizer vaccines. Scotland have two genuinely amazing left-backs at the same time. Poor Kieran Tierney must be cursing his luck to have emerged at the same time as his national team captain and arguably the world’s greatest left-back Andy Robertson.

Whether this happened because of, or despite, Gary Neville, the good thing for FPL players is that they all play for different Premier League teams. Tierney has two clean sheets in a row and faces home fixtures against a Crystal Palace side who have drawn four blanks on the road this season, and Newcastle United who are starting to play Andy Carroll up front.

This is the game that is seemingly under the most threat of a postponement but seeing as the Premier League are making up the rules as they go along, and Jose Mourinho is far scarier than Dean Smith, there’s every chance that Spurs will face a second game in a week against an opponent they can steamroller in their sleep.

The Villa kids gave a fine account of themselves against Liverpool on Friday night, but ran out of steam after half time, and I reckon their little legs will still be gone if forced into action midweek. Heung-Min Son could do terrible, terrible damage to them.

So, you should probably own him, just in case. 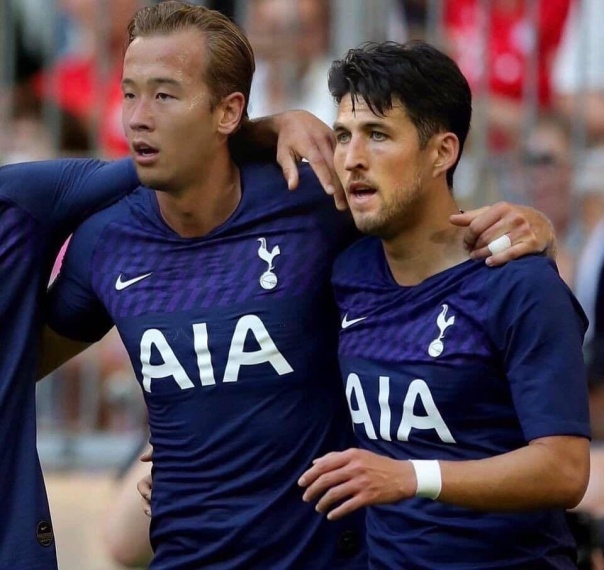 I was going to tip Dominic Calvert-Lewin this week as he faces a Wolves side who haven’t kept a clean sheet for ten consecutive league games, amazingly. He’s also trying to come out of his biggest slump this season, stretching back an almost staggering two games without a goal or assist. The fraud.

However, the Burnley v Manchester United match intrigues me. I know many Free Hitters will be looking to triple-up on United assets, but here’s your word of warning – Since Ben Mee returned to the team following injury, Burnley have conceded a grand total of three goals in nine games when Mee and Pope have been together in defence. They’ve faced teams such as Everton, Villa, Wolves and Leeds in that time, teams who have an ability to put the ball in the back of the net with reasonable regularity.

So, I see this game being a bit more of a struggle than some might think. However, it’s United, so Cavani will come off the bench and win it in the 87th minute. Nailed. On.

KDB racked up his fourth double-digit haul against Chelsea last time out, then spent the weekend tormenting Birmingham City like a tabby cat playing with a shrew.

Brighton tend to concede more than one goal against ‘Top 6’ opposition this season (with one notable exception against Liverpool), and they went the full 120 minutes plus spotters against Newport County at the weekend. Hardly the ideal preparation for the run-around they’re going to get at The Etihad.

As a result, it may take until the 60th minute, but I fully expect KDB to haul big against Graham Potters men.

Who fancies one of my patented 0% owned FPL returns? It’s time for another I think, to make it four in less than half a season.

Dwight Gayle away to Sheffield United will score or assist. You heard it here first.

Check out his blog for proof rantsofarebel.wordpress.com