I’ve been amused this week by the contrast between Britain and Ireland in relation to the supposed ‘post-pandemic new normal’.

In Ireland they were told they’re likely to get a new Bank Holiday as a thank you to front-line workers, and the Irish people in general, for their fortitude throughout the crisis. Of course, this has led to huge arguments as to when it should be. Mid-summer? February? November? The radio phone-ins up and down the Emerald Isle have been awash with anguish and gnashing of teeth.

In Britain they were told that fuel isn’t running out, so of course it clearly was, and everyone started freaking out and filling everything that could hold liquid with fuel. Yet again you had images of anguish and gnashing of teeth.

It’s just a shame that the Irish government didn’t come out and say that there was a shortage of Bank Holidays looming – then nobody in Ireland would ever work a Monday again.

PUBLIC APOLOGY – I MAY HAVE LAUGHED MY BALLS OFF AT NIALL’S GW6 OUTSIDER PICK OF JORDAN HENDERSON. HE DUELY RETURNED AN ASSIST, 2 BONUS POINTS AND AN IMPRESSIVE 7PT TOTAL – I BOW AT YOUR GREATNESS MR. HAWTHORNE….. RYAN @FANTASYYIRMA

If you cast your mind back a couple of seasons, before pandemics were a thing and Liverpool were chasing a league title (which they missed out on by a point), Jordan Henderson was moved to a more advanced ‘8’ role by Jurgen Klopp, and it worked.

Well, here we go again. Henderson is playing far more advanced, getting in the box, creating, and shooting with regularity. He’s just £5.0m and owned by less than 1%. You could do worse. 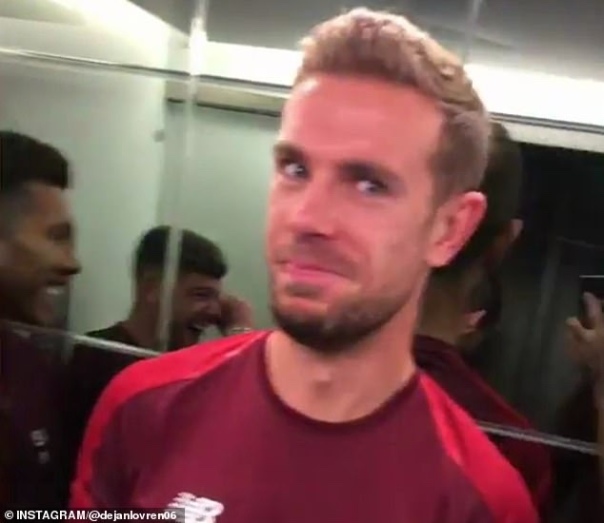 It’s not been the best of weeks for the reigning champions of Europe.

Played off their own park last weekend as Guardiola and Tuchel went one-on-one in the nerdiest, geekiest tactical version of Top Trumps ever seen. Scientists believe that the combined tactics boards may explain the meaning of life.

The blues then went to Turin and were defeated by an Old Lady.

This weekend they face a home game against a Southampton side who seem to have realised that they sold their best striker in the summer and have stopped scoring – no goals in three league games for the Saints. Hardly ideal preparation for a visit to one of the best defences in the land.

Antonio Rudiger has been an ever-present all season thus far and has even chipped in with a goal. Incidentally, if every time his name is announced at Stamford Bridge someone doesn’t shout ‘his name is Bart’, I’ll be very disappointed. If you know, you know.

Leeds v Watford this weekend and not a clean sheet between them after a combined twelve league games so far this season.

22 goals conceded by the defences.

This is going to be 3-2 to somebody, and Raphinha just looks too good to ignore this week.

Let’s be honest here, if Burnley don’t beat Norwich at Turf Moor, then they will well and truly be considered relegation battlers. They have two draws and four defeats thus far, so it’s now or never to prevent this season becoming a horrid, bitter slog a bit like, well, watching Burnley.

Wood has double-digit goal tallies in each of his last four seasons, and I reckon he’ll bully Ozan Kabak off the park this weekend.

I refer the honourable lady/gentleman/whateveryourehavingyourself to my Raphinha tip earlier.

There are goals aplenty coming here and Sarr has been simply irresistible thus far this season. Four goals in a frankly awful Watford side is outstanding, and Leeds have forgotten how to defend.

How’s that for a differential captaincy pick?

There’s a decent striker in Neal Maupay, and we’re starting to see it. His finish in the dying seconds against Crystal Palace was sensational, and had it been scored by a Suarez or a Henry, then Sky Sports would have dedicated a channel to it for a week.

This week he faces an improving Arsenal side, but that Potter fella is bloody magic this season.