Written by Jack A. Goodwin, (Blame him)

GW9…If only international performances counted towards our scores hey, imagine that! Well, they don’t and we’re all sat here scratching out little heads once again asking why on earth did we bother. Now seeing as though we’re into “spooky season”, I thought only fitting that I present to you all the ten Premier League results from the weekend in the form of horror movie posters (of course, did you expect anything less from me?). But, to shock you that tad bit more, I may stick to actual game detail and FPL scoring…. See, I can write an ACTUAL review from time to time….

Get 20% Off + Free Shipping, with the code “BANGERS” at Manscaped.com,

It’s a real company – we checked…

The toffees lifted themselves out of the relegation zone thanks to a screamer of a goal from Mr Sigurdsson, following the first from his tiny pal Bernard. Everton now have their 3rd clean sheet, but the attacking promise from Digne was non-existent. West Ham were humbled, and (like most teams) now look back to their previous victory which, of course, was against Manchester United. Similar to the film “Scream”, a lot of people went missing in this match, however I cannot confirm whether there were any deaths…

Dear god this was painful wasn’t it? A very fitting horror film pun with Vitality Stadium all but silent throughout as we saw a grand total of 3 shots on target COMBINED in the entire 90 minutes. Pukki is becoming a sod to all those that’ve kept him with a cheeky yellow card in this one, but at least there were clean sheet points for everyone! Norwich claimed their first clean sheet and away point of the season, but still sit in the relegation zone for now (next up is Man United, so guaranteed points there). If for some reason the plot for A Quiet Place were to come true, and poorly CGI’d monsters started tearing up crying kids – your best shot of survival would have been to attend the Vitality at 3pm on a Saturday, quite the muted encounter. Wouldn’t be my first-choice mind you, but it’s a solid one. (for those asking, I’d go to the Winchester, have a nice cold pint, and wait for this all to blow over.) 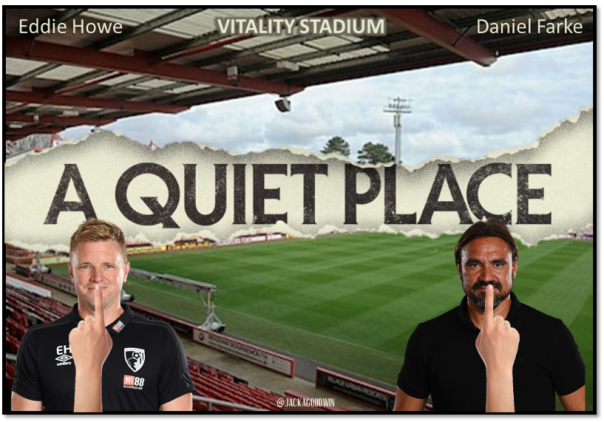 Aaron Mooy is a bit of a d**k, let’s all agree. 5 minutes after a careless yellow card he thought he’d have another swipe at (arguably a person we all want to kick) Jack Grealish and receive a second yellow. That red card turned the game in which Brighton were leading until that point – and Villa were then on the attack for the entire second half. Stupid Mooy’s stupid tackle unlocked Mr Grealish who scored & assisted in the match to give Villa their first back-to-back winning run in the Prem since May 2015 (next up they’re away to Man City, but it’s been a fun couple of games!).

Poor Mike Ashley, he had grand plans of what to do with all the money he’ll get from winning the Premier League this season – hell, he probably already invested it somewhere (sources suggest Woolworth’s, Dixons, Pound Land & Thomas Cook). After brushing aside Man United, Newcastle came to the Bridge looking for more magic. All they found out was that Man United are indeed pants, and the rest of the Premier League “top 6” are pretty good. Sure, it took 73 minutes before the deadlock was broken, but in all honesty, it was Chelsea’s game for the taking and they had missed chances throughout. 2016-18 super-defender Marcus Alonso finally showing signs of life under Lampard, now with 24 points in the last 3 games. Is this the beginning of the descent of Burnley? They’ve had a decent run so far this season, even with this loss sitting in 8th position. They now haven’t beaten Leicester for 51 years which is mental, but arguably should have taken something away from this as the controversial sod that is VAR reared its ugly face to deny Chris Wood an equaliser 8 minutes from time. I’m not sold on Burnley, even with a tidy fixture list coming up – I fear they’ve been “sussed” by many attacking teams and are due to be exploited in the coming games. Take nothing away from Leicester here I might add, they played decent football and Vardy once again gets his obligatory goal.

Not too much to say about this one really, quite self-explanatory. A loss to Brighton, a demolition by Bayern and now held at home by Watford…But at least Kane is brilliant for England! Hey who remembers the 2013/14 season when Daryl Janmaat bagged 8 assists & 14 bonus points?! He scored here, and 3 bonus points!! Get the lad in now! Nostalgia rules!

Man City, once again running over teams with whatever the hell squad they want to put out onto the pitch. Sunday 10th November is when Pep will face off against Liverpool – which I think will be a fascinating match from two of the world’s best teams and managers. Since the shock defeat to Wolves in the previous GW, City have bucked up, responded, become better for it – everything Pep touches is brilliant. I hate that I love him. I feel like Rihanna.

Nothing could break these two teams apart and that was about the right result. Two managers with two completely different agendas. Wolves, still in the Europa are juggling their commitments and balancing players throughout whereas Southampton are ever building, ever recovering from injuries and seasonal player-plunders from Scouseland. Would I invest in any of their players, speaking FPL, probably Raul Jimenez, yes. He’s finding his past-season form and looking hot (not in that way) – however the Europa conundrum will ever-challenge them until the moment they’re knocked out.

As a United fan I can’t even explain this one. We’re awful. Liverpool are very, very good. United are 2 points from the relegation zone and look absolutely lost at sea with the almighty table topping unbeaten Liverpool coming up to Old Trafford to swallow us whole. Paddy Power had odds of only 6-1 for Liverpool to win this 5-0, that’s how confident the world was of this match being in favour of Klopp ‘n co. ALL of the FPL big hitters flopped, Adam Lallana who is owned by literally only 7,500 people (7K of which have had him ALL SEASON!) was the man to score for Liverpool. I can’t explain this one, and this coming weekend we’ll be back to normal mark my words. Let’s imagine I am holding up that slightly sexual looking silver instrument from Men in Black to your faces right now, ok. *BOOP* 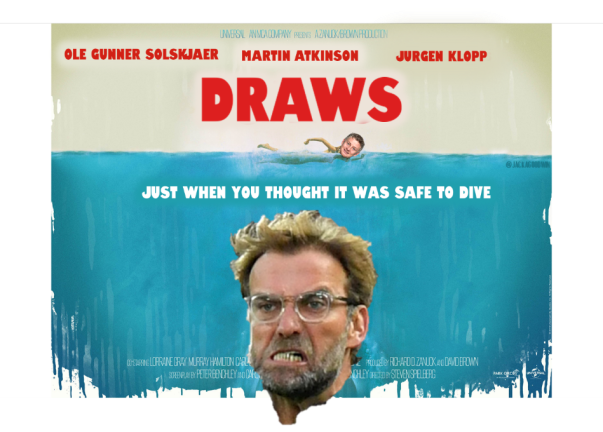 And lastly, no words other than to say it’s not looking to good for Emery right now. Arsenal have won just 4 of their last 17 games away from home – a statistic they’ll need to improve quickly if they are to challenge for the top four and stop the AFTV guys (mainly DT) bursting vessels in their southern necks.

Huge congratulations to our current Bang Average YIRMA League leader, Osh KoshBGosh (which is clearly a very lovely name) and his/her/it’s team rjsQUAD which – (again, brilliant name) – sit’s 129th in the world even with Connor Wickham in the team! Touché.

It’s been a rough one this week, yet again, but as we approach the chaos and brilliance that is the Christmas period – we look forward to squad rotations, player suspensions on the yellow card-wire, and of course the fact that you will likely see premier league faces slapped on top of your beloved Christmas films in your favourite FPL Weekly Review in all the FPL Twitterverse!