This week we have seen events unfold that have made us all question our own sanity, wonder at the fecklessness and utter squandered waste of time and energy, and ask ourselves will this ever bloody stop?

No, this isn’t another Brexit rant.

I’m just pointing out how many points our FPL players would have scored if they’d replicated their midweek Champions League form at the weekend! Damn them all to Hades!

With that, let’s set about predicting which of our heroes will let us down carry us forward in GW10.

I wouldn’t normally tip a defender facing a home game against a ‘Top 6’ opponent in good form, but this week I’m feeling frisky. Burnley have a strong home record this season with three clean sheets in four outings at Turf Moor (which incidentally translates in Irish as ‘Big Turf’ which always seems apt to me). They face a Chelsea side off the back of six wins in a row, but also a taxing assignment in Amsterdam in midweek.

Who here among us has come back from a midweek trip to Amsterdam and been in tip top condition the following weekend?

I’ll level with you here. I have had a nightmare over the last two weeks trying to get these tips right, but seeing the weekly averages I’m clearly not alone, so this time I’m going to just make a ballsy illogical(ish) punt.

Manchester United were bang up for it last weekend against their biggest rivals, but do we all really expect the same level of resolve this weekend? I’ve seen this Manchester United story before, in a horror movie I call ‘Liverpool FC 1992 – 1999’. The departure of a dynastic manager, the disintegration of a once great squad, the appointment of a past playing hero as manager, the sporadic euphoric victories against all odds, and the relentless consistent underperformance in between. For Solksjaer, read Souness. For McTominay, read Hutchinson. For Aaron Wan Bissaka, read Julian bloody Dicks. If you watch football for long enough, you’ll see all the same storylines repeat themselves.

So, in summary, United will revert to type, Norwich will be like what United were last weekend and raise their game, and Todd Cantwell will bag a brace.

James Vardy has the type of personality that likes to confront controversy, rather than cower away from it. If someone is having a pop he’ll have a bigger pop back. See last weekend as the Burnley fans were suggesting that Mrs. Vardy was a bit of a grass – Jamie smashed one home and gave it large in riposte.

So effective is Vardy when his back is against the wall that I’m beginning to suspect that we’ll find out before the weekend that it’s Mrs. Vardy that has been frustrating the Brexit process all along. It is she who is the No. 10 source that keeps getting it wrong. It is she who is making Nigel Farage flip-flop on Brexit like a salmon on the shoreline. It is she who casts just enough votes in the House of Commons to keep sending the whole process down more blind-alleys.

When this news breaks don’t be surprised to see Jamie Vardy score a hat-trick at St. Mary’s on Friday night, and then reveal that the Leicester kit is actually a large scratch and reveal, which will show the European Flag on the Foxes blue background.

Considering current events, none of this would surprise me. 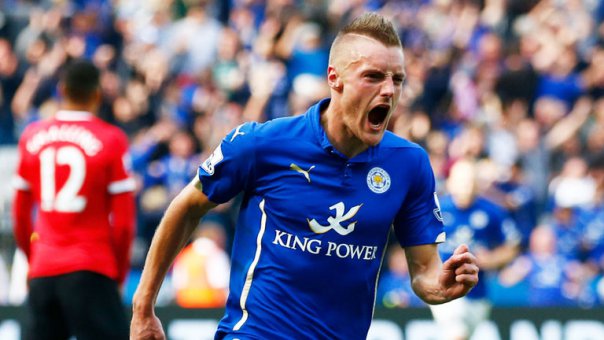 As Manchester City slaughtered yet another unfortunate opponent in midweek, with a brace for Aguero and a hat-trick for Sterling, most of us wept bitter salty tears as we stared at our FPL teams for GW10 and wondered what might have been.

Then we all wondered who the hell Pep will pick this week. Would you be surprised to see Aguero benched for Jesus? Nope. Would you be amazed if Sterling was told to rest up ahead of a midweek League Cup fixture? Hell no. Would you be astonished if De Bruyne was told to stay at home on paternity leave to look after his son Zinchenko?

Yes actually, I would.

KDB for me seems to be the only outfield player that Pep would loathe to rotate. Every time he’s been absent or hasn’t started, it’s gone all a bit Pete Tong for Pep. Add to this the fact that KDB has 10 Bonus Points this season whereas Sterling only has 4.

If you’re looking for a cheap striker that is ‘fixture’ proof and is finding the net with regularity, then this 2.4% owned frontman is ideal for you.

If you can draft him, you really should.