The world lost the great Diego Armando Maradona this week. The outpouring of grief, appreciation, and awe has been as understandable as it has been overwhelming.

It led me to reminisce about my own experience of watching Maradona as a child. I was nine years old when the 1986 Mexico World Cup took place. I had two channels on my TV in Cork, RTE1 and RTE2. There was no Serie A coverage on Channel 4. There was no La Liga coverage on Sky Sports (indeed there was no Sky Sports). My love of football was grown from the scraps of football I did get to see.

When Maradona took that World Cup by the scruff of the neck and drove that Argentinian team to glory it was, well, glorious. I remember that tournament vividly. The colour. The crackly commentary feed. The sun. The dry, bumpy pitches. It was mesmerising.

‘That’ goal against England was brought to me on Irish TV by the late, great Jimmy Magee. From the moment that Maradona received the ball in midfield until the ball was nestled in the net, he spoke four words. Actually, it was two words, repeated twice. To this day it gives me goose bumps to hear it, as it captures the moment, the man, the tournament, the essence of this wonderful game. I beg you to watch it just once in your life if you haven’t before: https://www.youtube.com/watch?v=JmQOwgYQ4eU&ab_channel=KillianM2TVArchive

Which brings me to my point: Less is more.

Maradona was unquestionably the greatest of all time in my young brain because what I saw of him at that point in time was amazing. I didn’t get to see his non-descript games for Napoli or Barcelona (of which there were some!).

In FPL terms, this means that if you’re feeling FPL fatigue and the fun seems to have gone out of the game, then less can be more. Stop pouring over stats. Don’t worry about watching Europa League games to get a clue as to the form for the weekend ahead. Read @FantasyYIRMA on Friday afternoon, take a punt on your transfer or formation, and forget about it. Check your score on Sunday night or Monday evening and laugh. Sometimes you’re ahead. Sometimes you’re behind. The race is long and in the end, it’s only with yourself, and 7 million other teams, obviously.

Following on from my tip last week where a player with zero FPL minutes grabbed 6 points and a clean sheet (yes, that is a humble brag), I’m going to a more established defender this week, who faces Burnley at The Etihad.

The Clarets have a single goal in the last five games. They have drawn a blank at Brighton and West Brom in that run of games, both of which are hardly defensive fortresses.

With Manchester City struggling to score as freely as they are accustomed to, Pep will be aware that clean sheets are vital to ensure they move out of the bottom half of the table (stop giggling).

Walker has been ever-present this season, so place your bets on the Pep-Roulette wheel.

Following on from my tip last week where a player under £9m broke into the Liverpool front three, scored a goal, got a bonus point and racked up 9 points (yes, this is another humble brag), I’m tipping even more of an outsider this week in West Ham’s almost talismanic, yet under the radar, Spanish maestro.

Another assist last weekend means that this 2.2% owned midfielder has 2 goals and 4 assists in 9 appearances this season.

This weekend Aston Villa visit The London Stadium, and trying to predict West Ham’s home form is tricky. A meek surrender to Newcastle was followed by a walloping of Wolves, a point against Manchester City and then an unconvincing single goal win against lowly Fulham.

Conversely Villa can smash Arsenal and Leicester City but cave in at home to Brighton.

No idea what will happen this weekend, but I reckon there will be goals and I’m backing Fornals to be in the thick of the action once more. 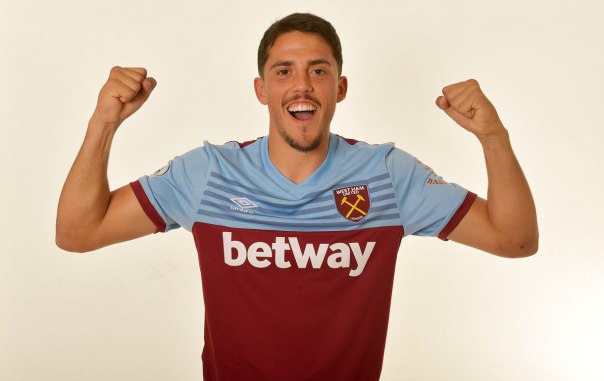 Following on from my tip last week where a player returned from suspension, was owned by less than 3% of players, yielded an assist while getting his striker partner firing on all cylinders once more (yes, this is another humble brag), I’m now switching to said strike-partner to get amongst the goals once more against Leeds United this weekend.

Leeds kept a clean sheet against a woeful Arsenal last time out, but had conceded four in both league games prior to that, so I’m not convinced they have sorted out their defensive flaws.

With Richarlison and DCL in tandem once more, I’m backing Calvert-Lewin to add to his frankly ridiculous 10 goals in 9 league games thus far.

Following on from my tip last week where a player blanked after I heavily tipped him to do bits at Anfield (yes, I can admit when I’m wrong too), I’m keeping the faith as he faces a home game against Fulham.

The Cottagers are conceding an average of two goals a game thus far, and have a Championship defence in a Premier League world.

It’s time to back the obvious this weekend.

Following on from my tip last we…..alright, alright I’ll stop.

Wolves travel to The Emirates to face an Arsenal side that have scored one goal in their last five league games, which is quite frankly a thundering disgrace when you consider the talent at their disposal. Mikel Arteta must be tearing his hair out, brick by brick.

However, we can’t afford to look gift-horses in the mouth so I’m plumping for the 0.3% £5m attacking full-back who has made three consecutive starts. Another Arsenal blank could prove to be very rewarding for those of you willing to take a punt.